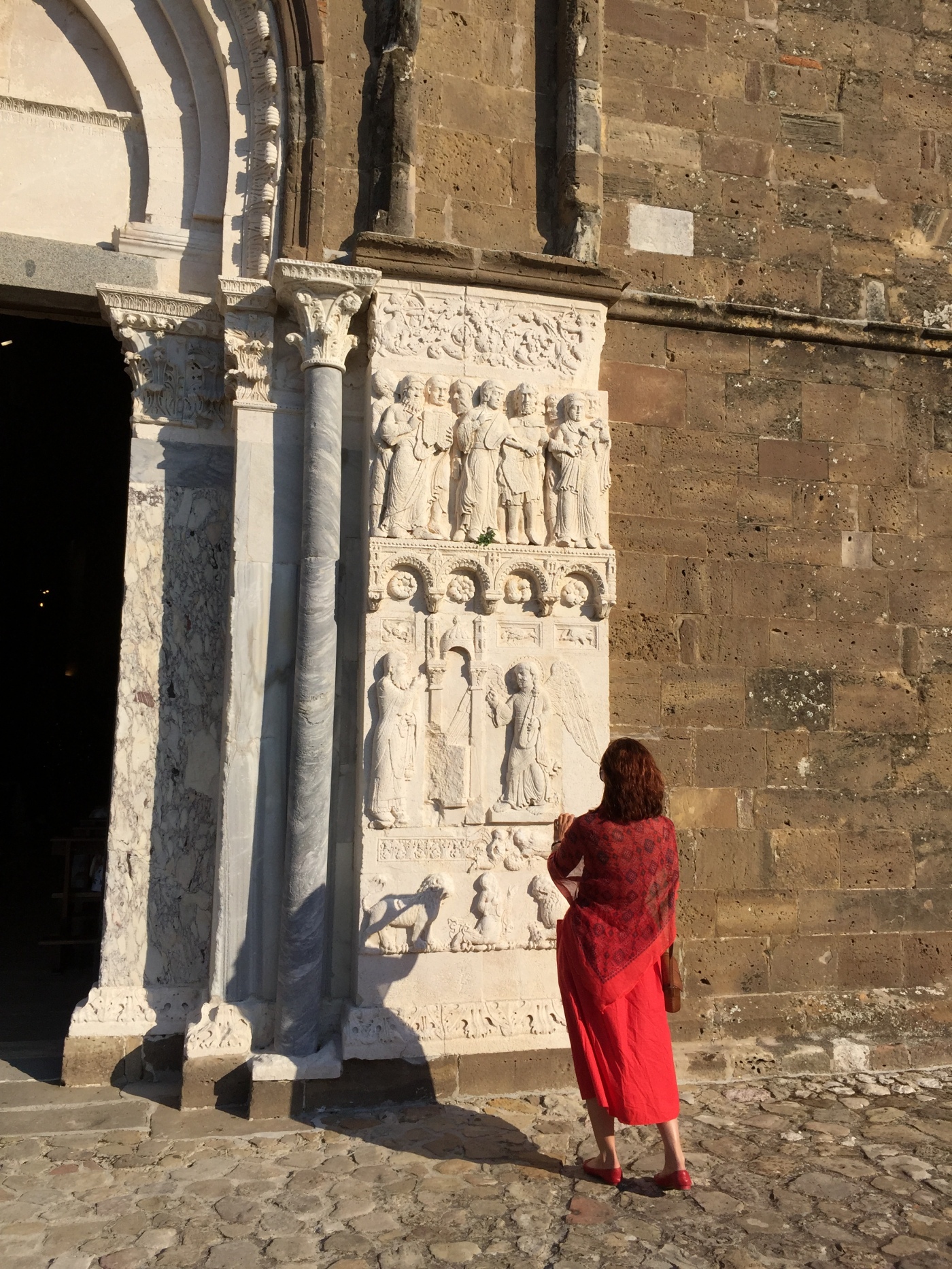 In this age of technology you should be able to have an electronic postcard within seconds of the writer completing the text. However, I am actually some kilometres from Lanciano, where I recently spent three weeks studying Italian and exploring the region around Lanciano with fellow students and the staff of Athena International Italian Language School. Just like a real postcard, this one has been written in one place and read some days or weeks later in another.

My primary motive for going to Lanciano was to attend Athena. I chose this school because it is in Abruzzo, a region with which I have a family connection, and because I had heard good reports of the school and its quality teachers.

Learning a language is never just about the words and the grammar. It’s a mix of words, culture, history, current events and daily life in a country where the language is spoken. I was fortunate to be in classes with students who were committed to learning and who had an interest in the local culture and history. It was a privilege to be in the care of Palma, Virginia, Marina and Paola, our teachers. Palma is a font of knowledge about local history and she encouraged us to join excursions with her and the Athena family.

Together, we visited the Moro River Canadian War Cemetery in the nearby town of Ortona. The battle against the German defensive line, known as the Gustaf Line, cost the Canadians dearly. However Ortona was taken after eight days of fighting. The Canadian War Cemetery contains the graves of 1615 Commonwealth soldiers, with 50 remaining unidentified and 1375 of them being Canadian. 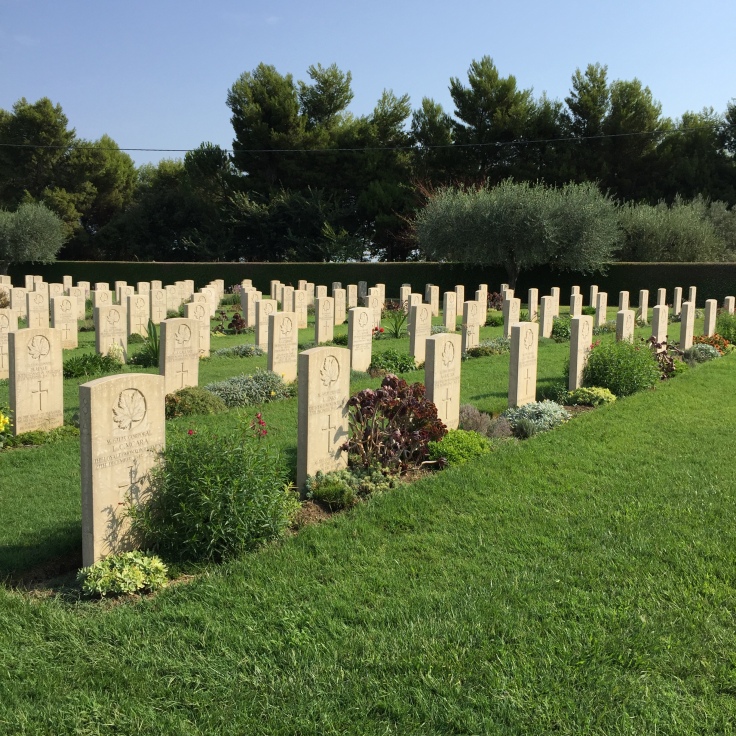 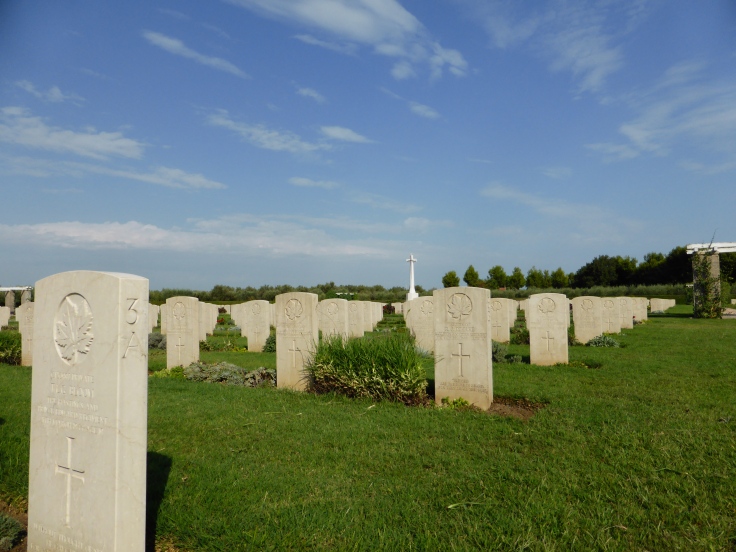 The composer Francesco Paolo Tosti was an Ortona native and we were given a tour of National Tosti Institute by the husband of one of our teachers, who happens to be a librarian at the Institute. One room in the Institute recreated Tosti’s London music salon and study. One of our students, a violinist, treated us to two Tosti songs to complete our visit.

After the business end of the visit, we strolled the remains of the Aragonese castle then feasted on a seafood lunch at a local beach restaurant.

My time in Lanciano coincided with the Feste di Settembre (celebration of September) which includes various events, traditions, foods and public celebrations like rides for the kids and fireworks for all!

Lanciano’s Basilica (the church of Madonna del Ponte)is the focus of an annual tradition of ‘Il Dono’ or the gift. This is an important tradition whereby the local parishes in the Lanciano-Ortona diocese provide gifts of food and other items to the church for distribution to families in need. The celebration takes the form of a procession led by bullock-drawn carts, down the main street leading to the Piazza followed by locals of all ages, representing different communities. There are men, women and children in traditional costumes on the backs of carts and truck and on foot, carrying gifts to be donated. There are bands playing. Traditional breads and sweets plus plastic cups of wine are handed out to the crowd. It’s a real spectacle and a family event.

Another memorable excursion took us to the Abbazia di San Giovanni in Venere. Tradition tells us the Abbey was built over the remains of a Roman temple dedicated to Venus. Possibly built around 540 AD, the buildings we see now were reconstructed in 1165 for Benedictine monks. The church and grounds are stunning as are the views from the lookout across the Adriatic. Click any photo to enlarge and view as a slide show.

Il Dono – the donation of gifts from community groups and parishes 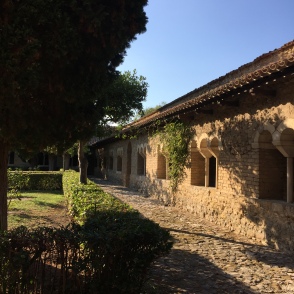 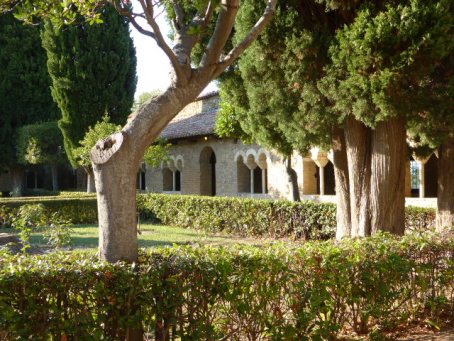 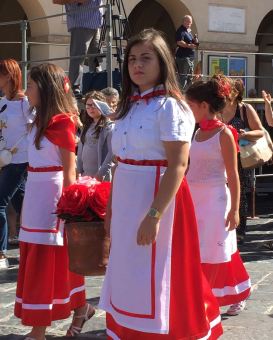 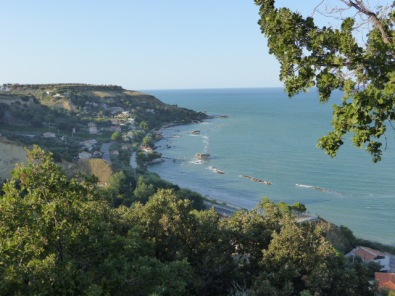 Looking down from San Giovanni in Venere, near Fossacesia 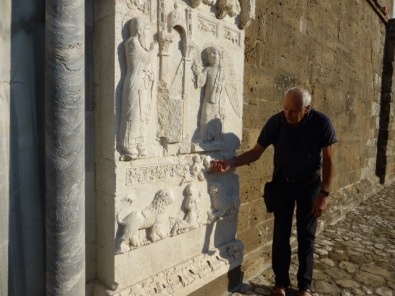 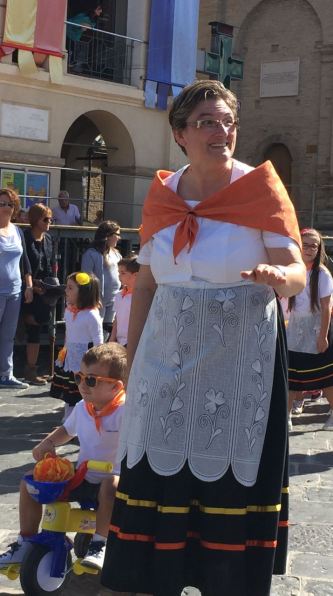 So much happened during my three weeks in Lanciano and I can’t possibly fit it all in one post. I hope you enjoy the photos I’ve included and keep following for more (there will be more food of course).

2 thoughts on “A few weeks in Lanciano and beyond”