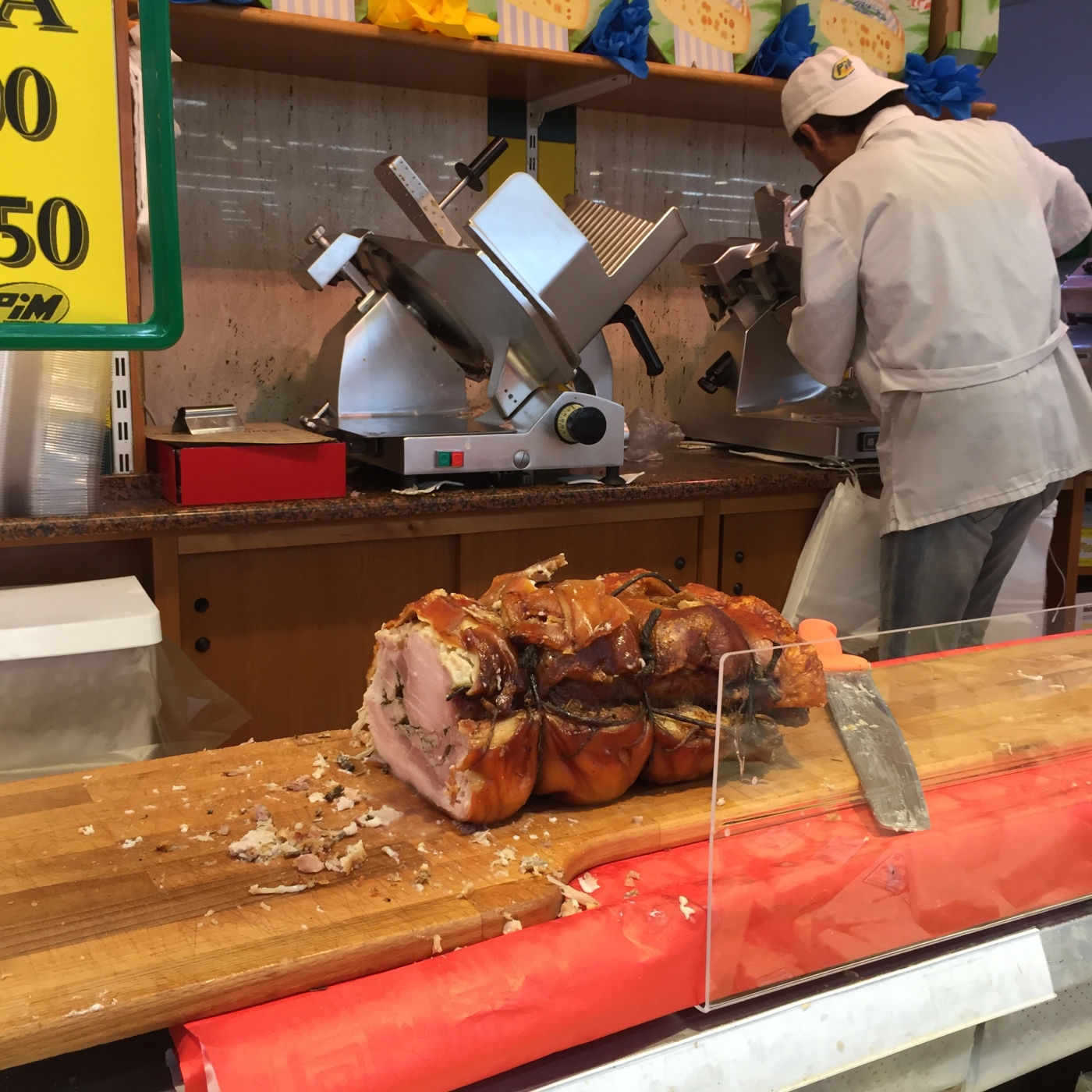 There’s a sense of excitement when you look out the window and can clearly see the place where you are headed, like flying into Sydney and seeing the iconic Opera House or into JFK and seeing the Manhattan skyline. And two weeks ago when I flew to Rome, we crossed over southern Greece then headed up the Adriatic coast of Italy.

The heel of Italy was clearly visible and I could see small settlements where all of the building looked white. Soon I could make out the Gargano Peninsula which is in the northern reaches of Puglia near the border with Molise. Just north I could then see the mountains of Abruzzo as the plane banked left towards Rome. My face broke into a grin that I couldn’t wipe off. I thought, “Che fortunata”, how lucky am I.

My sweet cousin Marina and her daughter Giulia met me at Rome’s Fiumicino airport. Giulia had to go to work soon so we dropped her at the train and continued to Marina’s apartment on the ‘periferia’, the outskirts of Rome. Their apartment is large and airy and so welcoming after the long journey.

As luck would have it Marina was able to settle me in before she had to go off for a late shift at work. She needed to pick up some groceries so I went with her to the supermercato. I was like a kid in a lolly shop, checking out all of the pasta brands and salume and cheeses.

The zucchini flowers were so cheap

The cheeses and meats

After a good night’s sleep and a strong cup of coffee, I headed into the centre of Rome to buy an Italian SIM card for my phone since I am in Italy for 2 months.  Then, after enduring the 36 C heat (102 F) I managed to cool down for a bit in the Galleria d’Arte Moderna, the National Gallery of Modern Art, just to the north and west of Villa Borghese.

Amongst other things, the gallery includes Renato Guttuso’s black and white study for ‘La Vucciria‘, a painting that evokes all the colour, sights and smells of the marketplace of the same name in Palermo. I was temporarily transported to Sicily.

On the way out I spied another painting, this one quite sentimental in its style and subject, Gli Emigranti or The Emigrants, by Angelo Tommasi. The picture represents the great era of Italian Emigration when millions of Italians were desperate for a new life due to poverty and political unrest. My mother’s parents were both part of this great exodus from Italy and it’s easy to imagine the little girl in the centre of the painting as my nonna Anna Mezzacappa from Morro d’Oro in Abruzzo.

I felt profoundly sad looking at Gli Emigranti and rested on a bench in the museum until I could contain my tears. Part of that sadness stems from the knowledge that there is another crisis for young people in Italy today. I have spoken with many (including young Giulia in Rome) who are looking to leave for mostly economic reasons. We in the new world have a romanticised view of life in Italy.

So here I am in Italy once again, on a voyage of discovery of the language, food, lore and traditions of my mother’s family, but also to better understand modern Italy. A few months will not give me a deep understanding, but I know this isn’t my last trip…

6 thoughts on “Return to Italy”