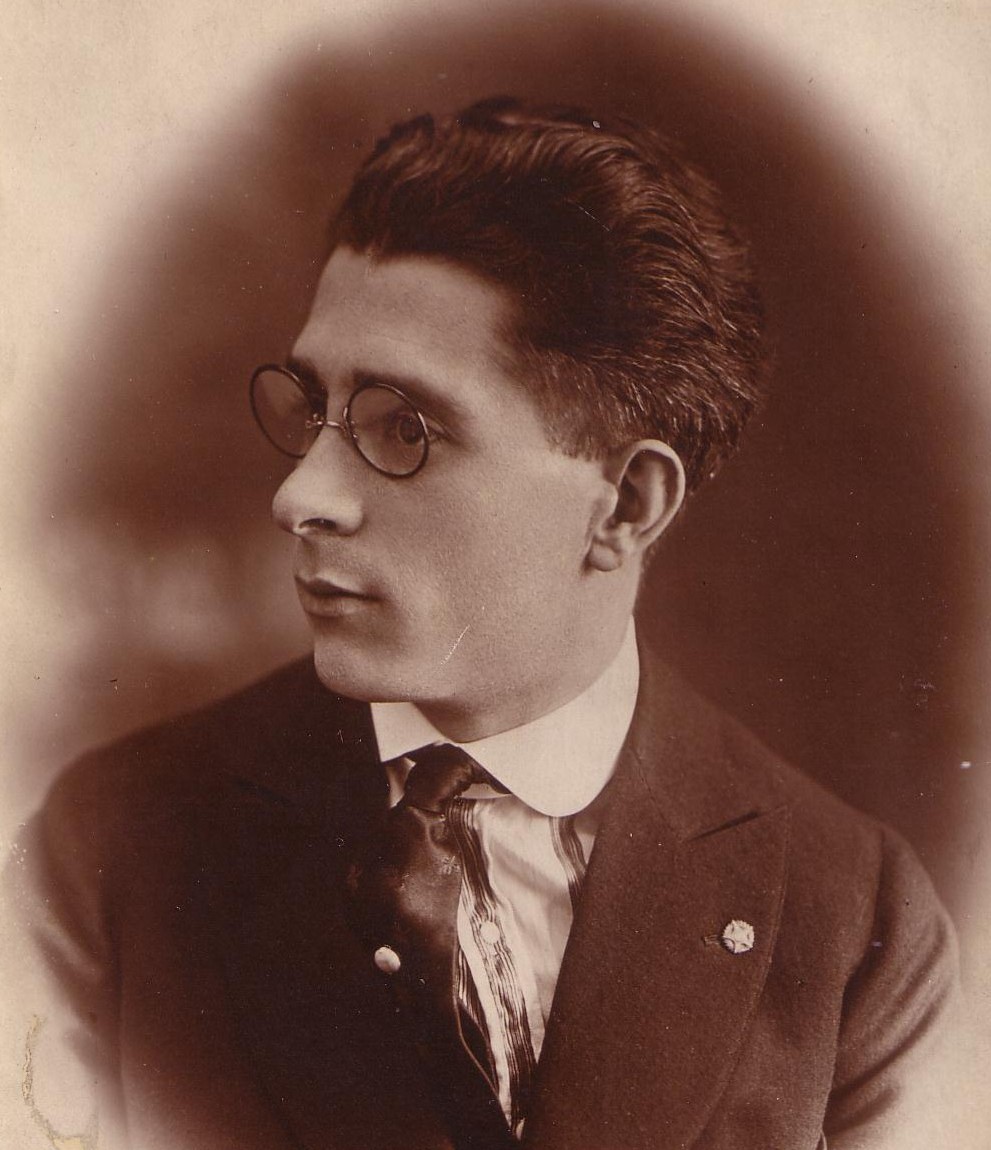 Two recent articles have inspired me to write about my late grandfather John Pergolini, longtime tailor.

First, a review of a documentary about Italian tailors, which I have yet to see (Men of the Cloth – a film by Vicky Vasilopolos). The review is written by fellow Abruzzophile Helen Free on the Abruzzo Blogger Community site.

Second, an article on Teramonews.com details honours given to the 105 year old Master Tailor (Maestro Sarto) Altobrando Rapagnà in the little village of Montepagano, in the Teramo region of Abruzzo, my grandfather’s and Maestro Rapagnà’s home town.

My big sister Ann and I have great memories of our grandfather (Pop Pop we called him) and his wonderful creations. Nowadays we live on other sides of the world from one another (thank heavens for Skype, eh) but we share a love of family history. Being close in age, we have many similar memories.

Ann recently told me that it was Pop Pop who encouraged our mother Louise to buy a sewing machine for us when we were pre-teens because Ann had already expressed a wish to learn to sew. We both took lesson from the local Singer Sewing Machine school but Pop Pop taught us the real secrets to good tailoring and how to properly finish our work. He would magically pull a bit of thread out and unfurl your morning’s work, telling you to do better if your sewing was not to his standard. He was incredulous that we had learned how to make buttonholes with a machine and not by hand!

Family legend goes that Pop Pop refused to make our mother’s wedding dress because he was worried he wouldn’t do a good job. The lace and other fabric for the dress had been a gift from a family friend in the cloth trade and was quite valuable. When Louise went to her final fitting the day before the wedding Pop Pop went with her. He was not happy with the outcome. They accepted the dress then once at home, Pop Pop took it apart and remade it, cursing in Italian that he should have done it himself in the first place.

Ann and I have been to Italy many times now, together and separately. We’ve met cousins and uncles and exchanged stories, picking up more information and language on each visit. Although we have both studied Italian, we are far from fluent. We were telling a cousin about our grandfather’s habit of always touching our clothing (or our friend’s clothing) to decide the quality of the cloth. If Pop Pop liked the fabric he would say in English, with his thick accent “nice-a  stuff-a”. We learned that day in Italy that the Italian word for fabric or material or cloth was ‘stoffa’.  All along he had been speaking Italian to us but we had never realised it! How much more did we miss?

When we were small, we would often have a new outfit of clothing at Easter and Christmas, mostly overcoats and snow pants made of wool which Pop Pop had leftover from big bolts ordered for his home tailoring business.  We might be lucky to have a bit of pale blue wool and some navy trim on a lightweight wool jacket, or a tweed winter coat, hat and snow pants that we could zip at the leg to put on over our shoes. I’ll never forget some of the great outfits we had and some of my mother’s fabulous coats and jackets.

Below I’m sporting a coat, pants and hat fit for a Pennsylvania winter!

After my grandparents were both gone, some of Pop Pop’s old artefacts such as tailoring tools, a button box and old photos from the Italian Tailors Beneficial Society of West Philadelphia’s annual dinner dance, ended up with Ann.

Being clever and an artist, Ann has made a few ‘oggetti d’arte’ to commemorate our grandfather and his ‘forbici d’oro’ – golden scissors. Click on any of the photos to enlarge. 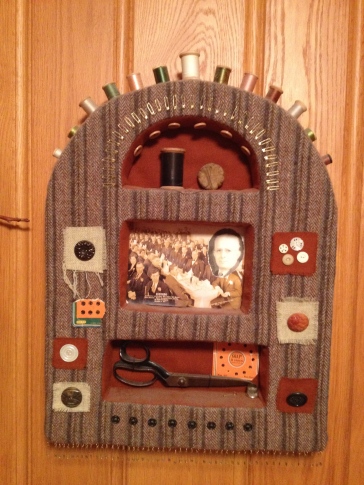 Tailoring diorama made by Annie Singer 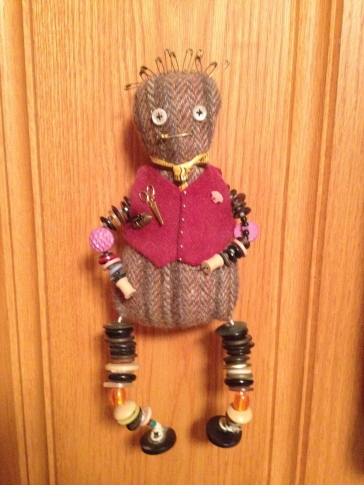 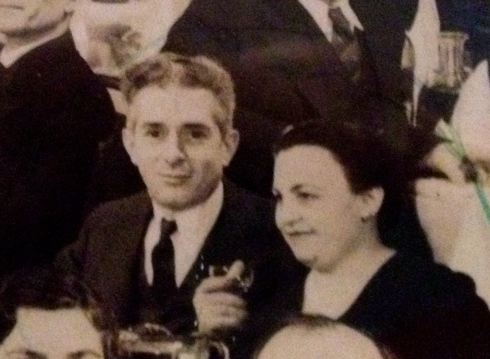 A tailor can never give up his art and craft completely. Up to the age of 90 Pop Pop could be found at his local dry cleaner’s shop in Atlantic City New Jersey where he had retired after our grandmother died. Sitting by the sewing machine he would replace missing buttons and repair buttonholes by hand.

Right up to his death at age 93, Pop Pop put on his suit each day. Under his lapel he always had hidden two sewing needles. In his pockets were a thimble and a scrap of paper wound with some black and some white thread. He was always ready.

Now, the art and craft of the tailor may be endangered. Let’s hope it’s not.

18 thoughts on “John (Giovanni) Pergolini – my grandfather the tailor”